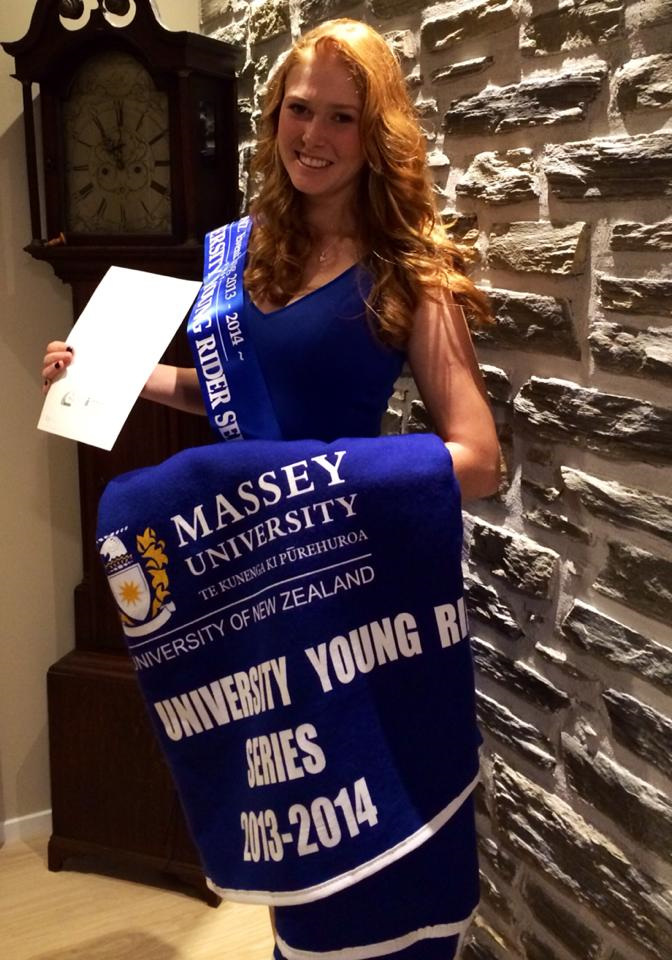 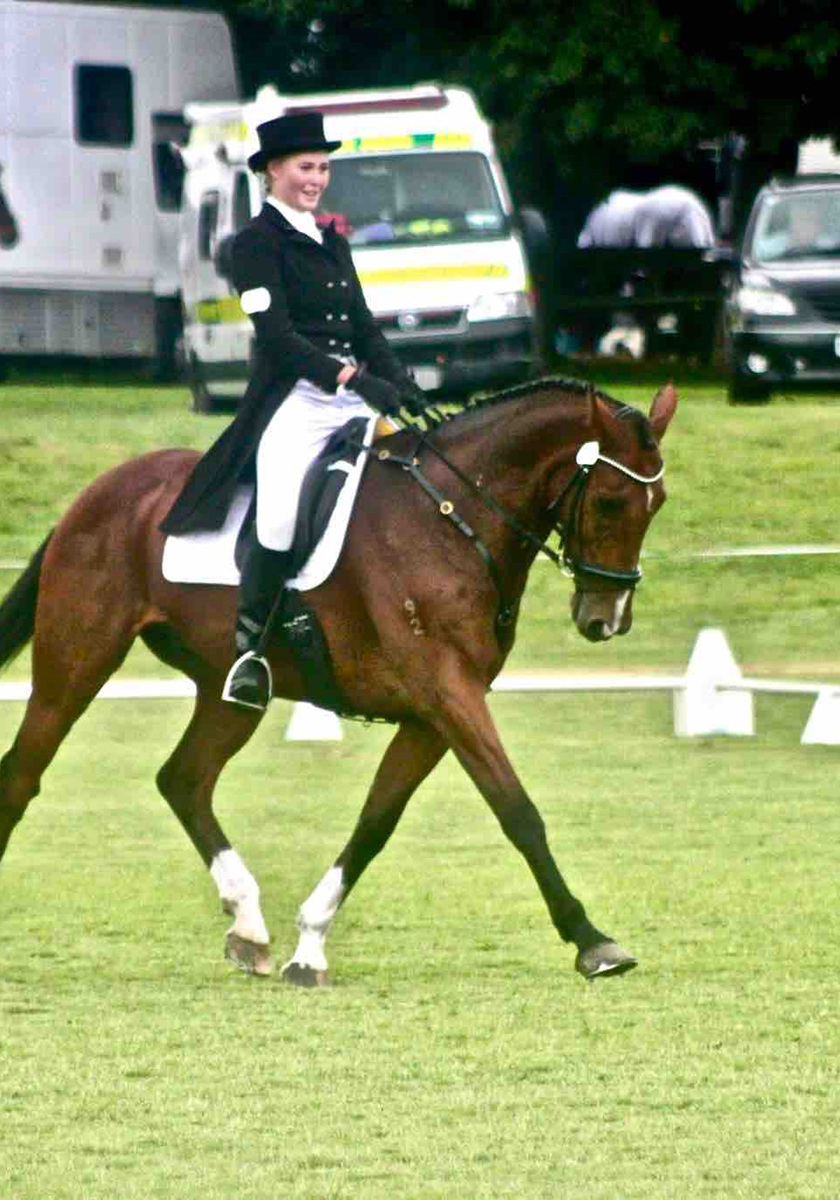 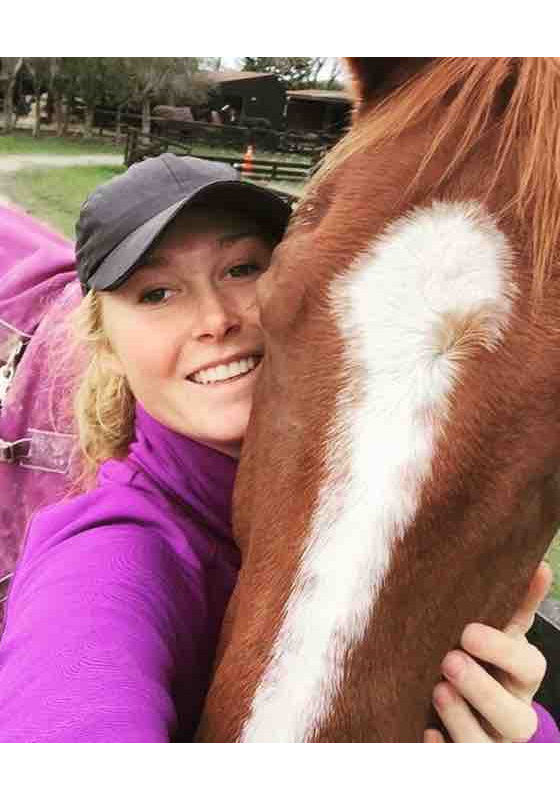 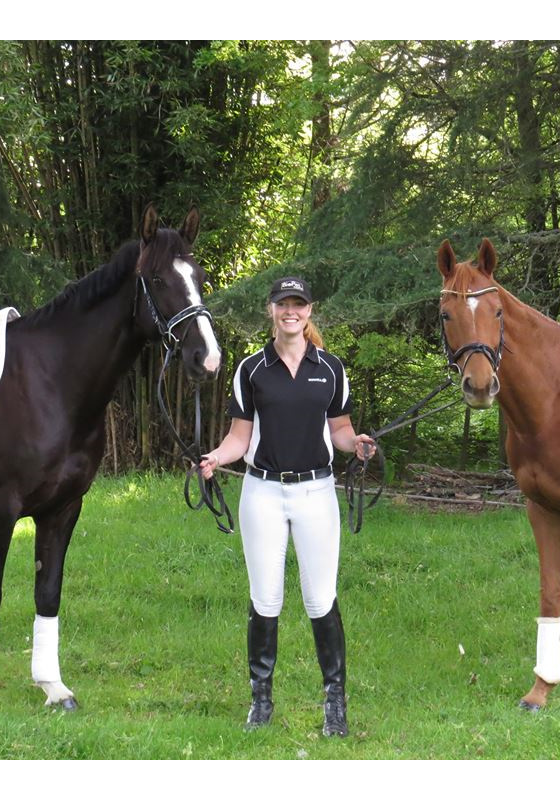 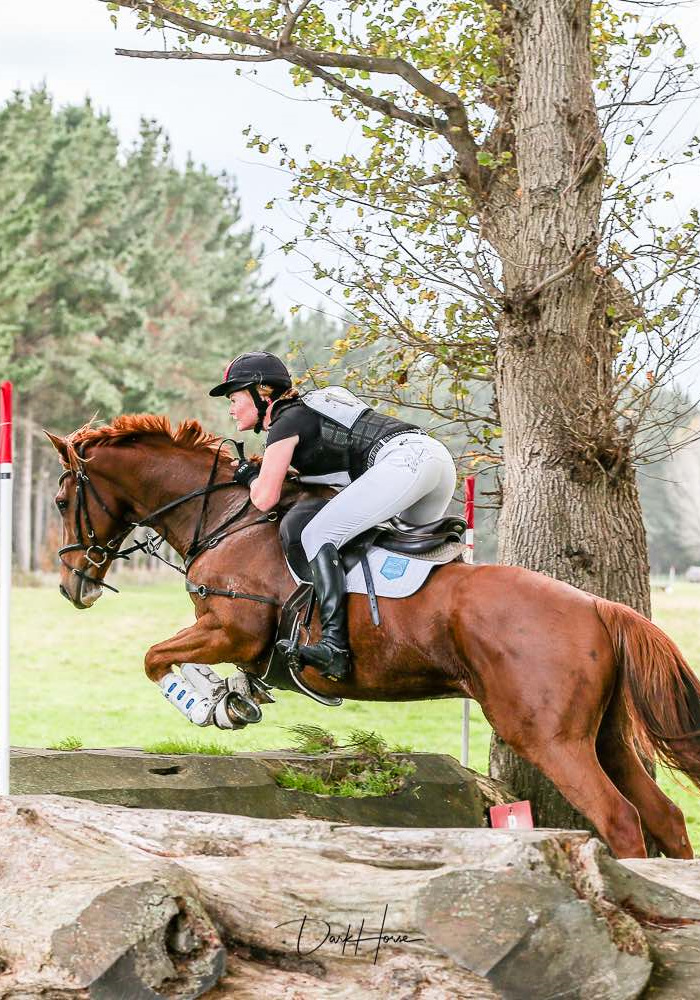 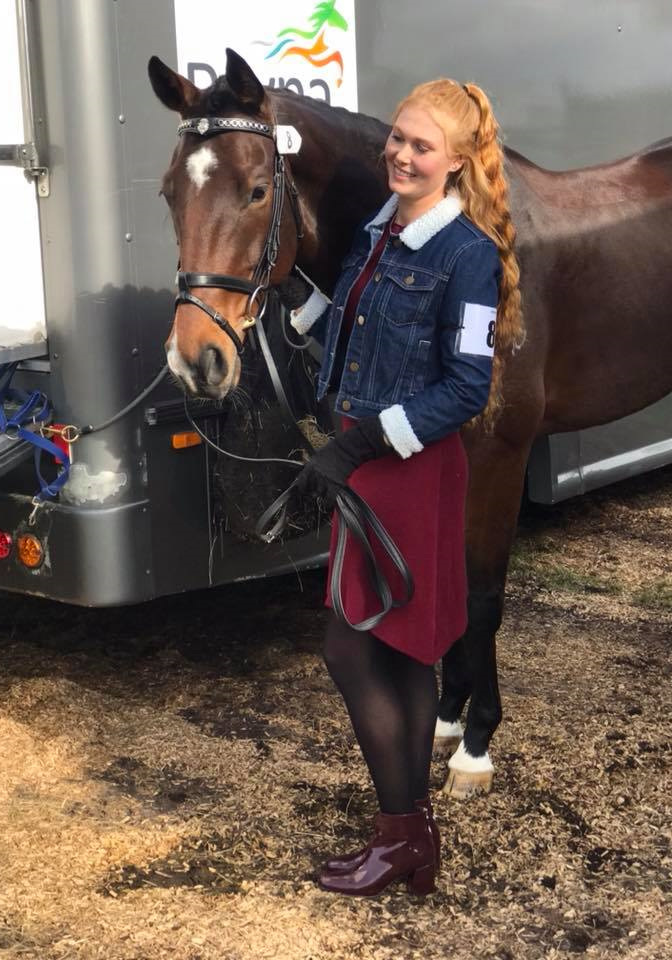 Lauren Alexander with Indi and Dazza

Lauren Alexander riding Classic Indigo in the CIC2* show jumping at Central Districts in the rain!

Lauren is a 24 year old event rider based in Riverhead, Auckland. Lauren began riding at the age of 9 after pestering her parents endlessly for riding lessons. At the age of 11 she progressed onto her first pony, Teash, who taught her to sit to a buck and bolt rather quickly, and introduced her to low level competitions. At 14, Lauren progressed onto her first hack, Pete, who helped fuel her passion for eventing and gave her the confidence to aim for higher levels.

From then on, Lauren has brought on and produced her own horses starting with BMW Ripley who she produced to right through 2* level, and together, won the ESNZ Young Rider Series for 2013/2014.

Having now produced three horses to 2* level, Lauren’s goal is to step up to 3* level this season and produce some good solid qualifying results, with aims of competing at 4* level in the future.

10 year old black Clyde/Arab mare. Winner of CCI1* Championship and Best Performed Mare at Taupo 3DE 2016. Competing successfully at 2* level with the aim of stepping up to 3* this season.

You can keep up to date with the Alexander Eventing team at:

10 Quotes from Lauren about Hippo products: 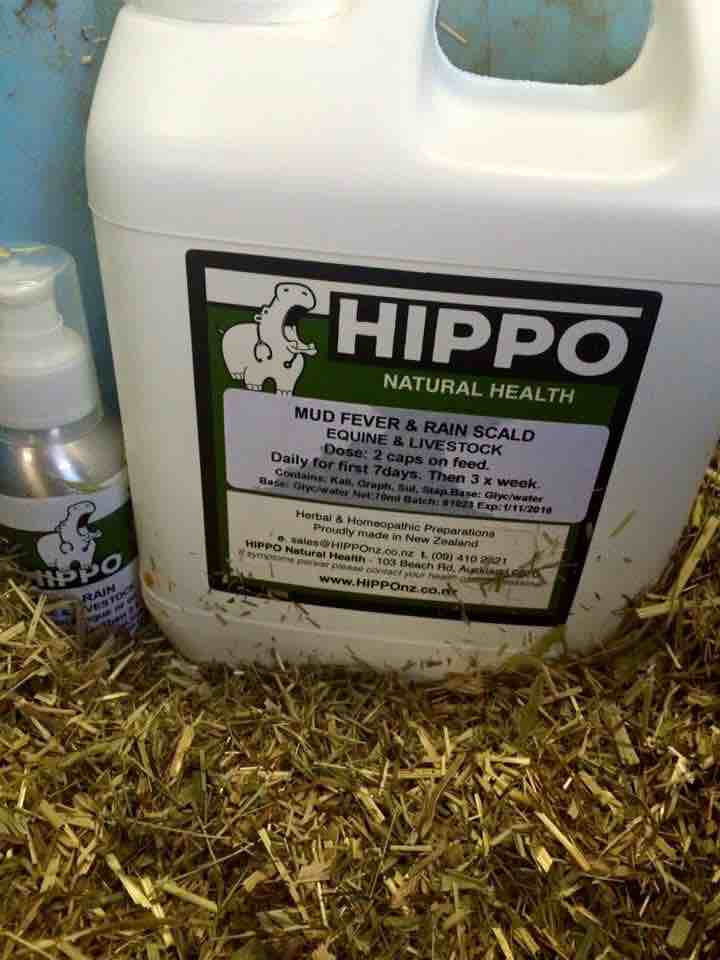 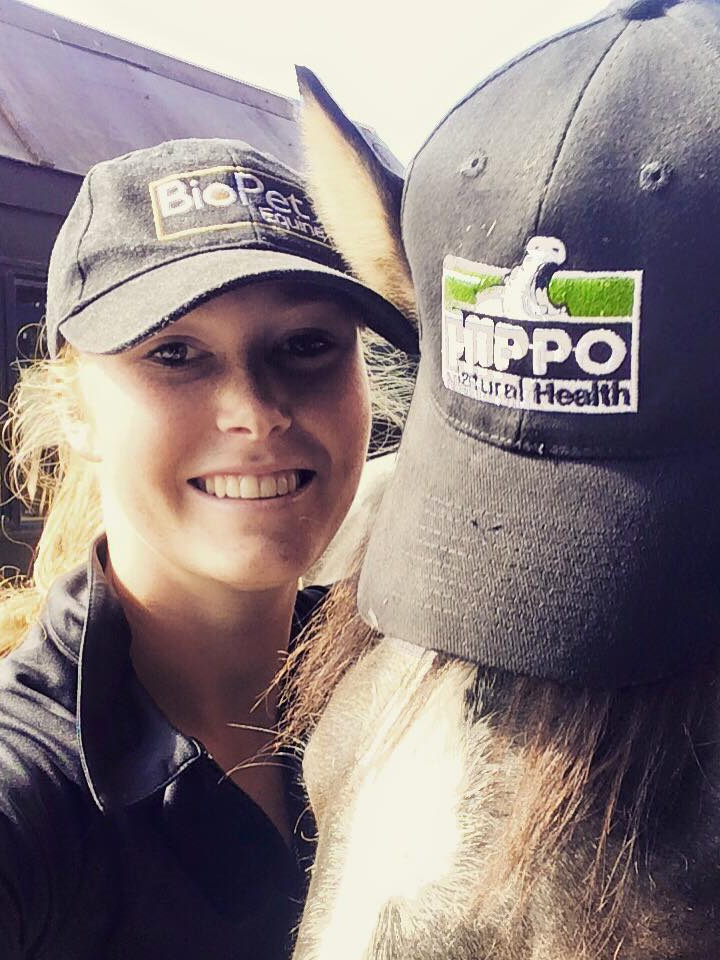 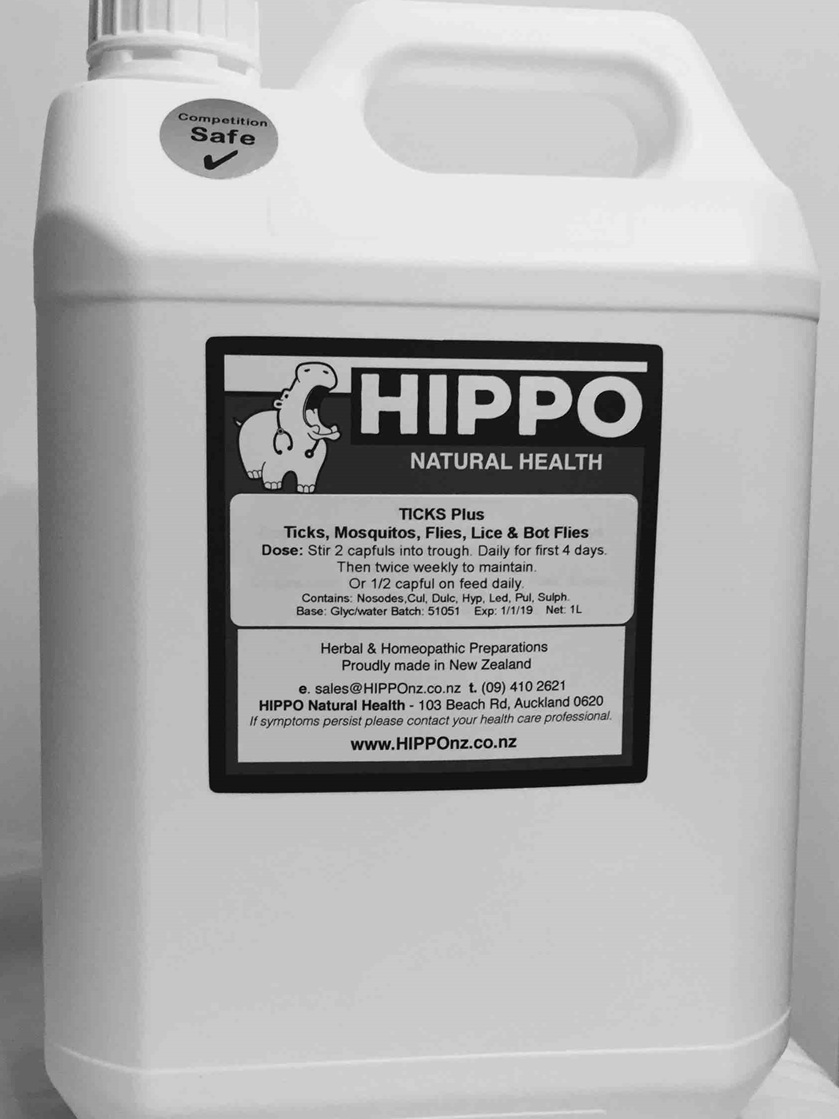 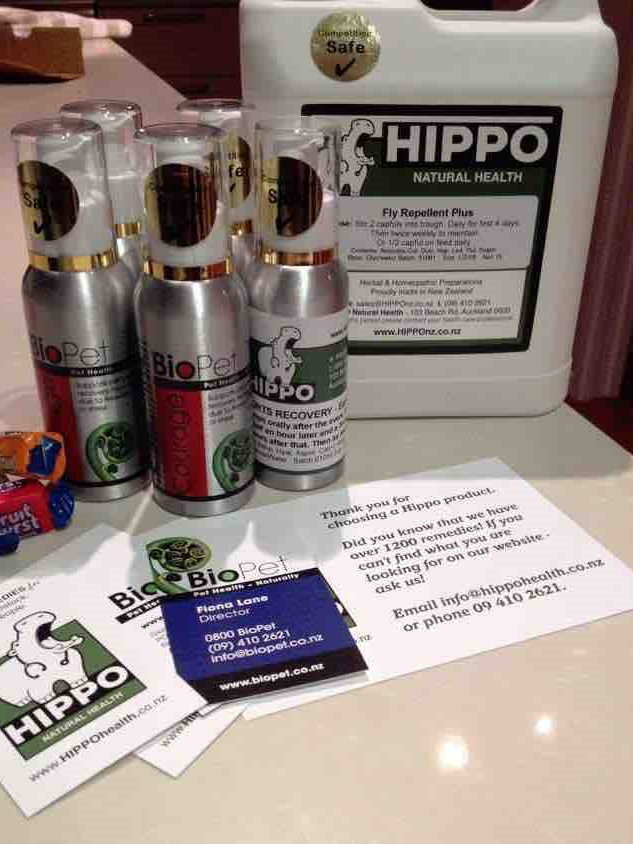 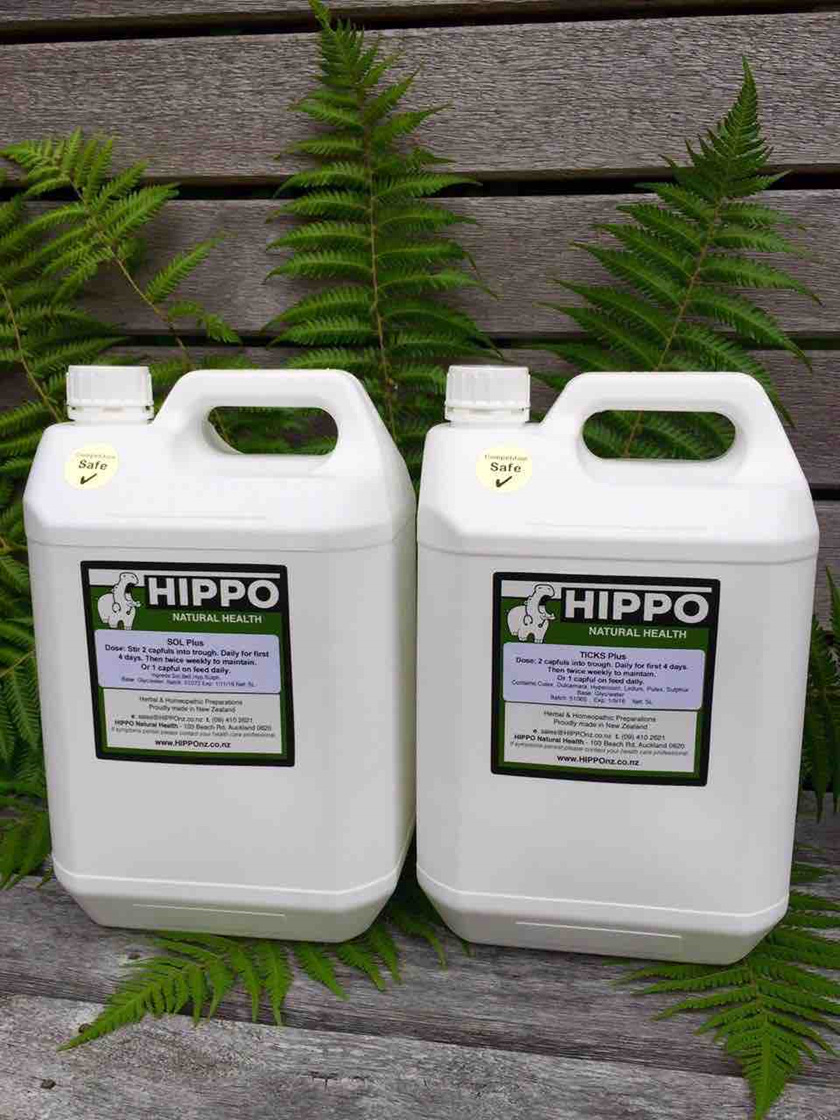 Lauren Alexander - Mud & Rain for Mud Fever in the Winter

'Ohhhh yeah! Winter just got a whole lot easier!. Great to see that my ponies aren't the only ones who love their Hippo Health remedies! We love the 'Mud and Rain' formula for Winter especially!'

'How spoilt are we!? Lovely package from our fantastic sponsor Hippo Health arriving just in time for HOY! Indi likes to try out the new hats. Find Hippo Natural Health products at: http://www.hippohealth.co.nz #luckyducks'

'Get rid of ticks super easily with Hippo Health's Tick Plus. Spray it into the horse's mouth, feed or water trough and boom! Done. All natural too! I personally love using this, especially at Puhinui which have another livestock grazing there and a huge amount of ticks. Easy peasy :)'

Lauren Alexander - SOL Plus for Sunburn and Pink Noses!!

'With 3 pink noses on the team this summer we are already starting to take precautions by popping a couple of capfuls of our Sol Plus in the troughs every week - We have NEVER had a sunburnt nose thanks to Hippo Health :)'

Lauren Alexander - Xmas all year round!

'I feel like a kid on Christmas morning when packages like these arrive! We love and use the 'Chilled Out Horse' and 'Bold and Brave' remedies regularly for competitions, Guy Fawkes or any potentially stressful situation. All remedies are completely competition safe which is fantastic ;) #spoilt'

'Check out the new look for BioPet products! Absolutely loving the colours!!. Not only do we use them for our horses, but our 15 year old dog, Jock, also benefits from his Hippo Health remedies helping keep him in fit form as he gets older!'

'We're a bit spoilt, with Hippo Health products to keep the team running this season! Love how the Performance and Post Performance formulations help the horses prepare and recover from fitness runs and competitions! There's even a Rider Fitness there for me too 😍 Thanks Fiona!' [Photo by Karakal]

'Late night opening of my favourite goodies of BioPet and Hippo Health! Hippo Health's Fly repellent, Sports recovery, Biopet Courage, and some tailor made remedies for the ponies too!! :D #IveAlreadyEatenTheFruitBursts'

'This [Fireworks Angel] is a lifesaver...literally! We'll be putting it in our feeds and water troughs coming into Guy Fawkes and for the weeks following (There's always at least one person who sets off their fireworks after it's been and gone!) :D'

Lauren Alexander - Ticks Plus and SOL Plus for the Summer

'Indi's pink nose stays sunburn free with a capful of Sol-Plus in the water trough - NONE of that TRICKY sunblock/sunscreen drama for us! And we manage the ticks the same way! Doesn't get easier!'

Testimonial Disclaimer: Testimonials are feedback we have received from customers about their personal experiences. They are in no way indicative of us recommending these products to you for these reasons. Always read the label and take as directed.

GENERAL DISCLAIMER: HIPPO Natural Health, BioPet and Goodings Laboratory Limited remedies contain homeopathic and/or herbal ingredients designed to support the immune system’s natural response to named health complaints. Our products and consulting advice are not intended to replace a one-on-one relationship with your, or your animals’ health care professional, nor are we claiming to treat serious health conditions. Always read the label and take as directed, if you are unsure please contact us. If symptoms persist, contact your healthcare professional. Click here  for full Terms and Conditions.